It Was the Best of Times; It was the Worst of Times
U.S. Army Ranger Association

Shelia pictured at the 2019 Ranger Hall of Fame Induction Ceremony.

In July of 2019, I found myself in the most unlikely of places – on a stage in Fort Benning, Georgia at the annual Ranger Hall of Fame Induction Ceremony. As I sat waiting for my name to be called, the only thing I could do was wonder how on earth I – a retired secretary, Army widow, mother and grandmother – got here and what I would say when it came my turn at the podium.

Dozens of times in the days before, I had tried remarks that would convey the gratitude and honor I felt to be selected, but every attempt fell pitifully short. The small-town girl who chose not to attend college but become a secretary and an Army wife, was being included in the company of heroes – men who had risked their lives, lost limbs and witnessed horrors I would never see. I simply didn’t have the words.

One by one, my fellow inductees were called up – each one a true patriot who had dedicated his life to preserving our freedoms.

I was the last to be presented. When my name was called and I stood, I was overtaken by a sudden sense of calm. I felt my late husband’s presence as surely as I heard his voice in my ear. It said simply, “Tell the story.”

And the story began with him.

Phil Dudley was the love of my life. He died in 1998 at 45, succumbing to injuries incurred while serving as an Army MP, in his earlier years. Phil had an unshakeable and unapologetic love for this country and those who serve it, a love he instilled in me and our 3 children.

As I stood at the podium, it seemed only fitting that – after leaving me much too soon more than 20 years ago – he would choose this day to reach out and save me from making a stuttering fool of myself.

I began to tell the story of how I learned about Army Rangers.

As a young Army wife, I quickly learned that civilian employers were hesitant to hire someone whose husband was likely to change duty stations on a regular basis. Luckily the Army also needed civilian secretaries and, for them, changes were a way of life.

I chose to accompany Phil to Korea, on an unaccompanied tour, where he was stationed at 2d Infantry Division, Camp Casey. I knew it was considered a “hardship post” – especially since we had a toddler and a baby on the way – but I wanted to be where he was. As it turned out, hardship was putting it mildly. We were living in a hooch, it was wintertime and I had to walk into town to refill our two gallon jugs with water. Usually no problem, but on one particular occasion I had the flu. I had our 2-year-old on my back, the baby on my front and was carrying the jugs, when I thought I was going to pass out. I stopped in the snack bar near main gate to sit down until the feeling passed. An Army major walked up and asked if I was okay. I told him I was fine, just had a little cold. He sat with me for a while. We made small talk and he insisted on driving me and the children home.

Thirteen months later, I walked nervously into my first interview for a secretarial position at Fort Knox, doubting my selection as a newby. Much to my surprise, the officer looked at me and said,“You’re hired!” I asked didn’t he want my resume and he said, “Anyone who could do what you were doing in Korea can handle this job.”

That was when I realized I was interviewing with the same officer who had befriended me and driven us home on that cold winter day in Korea!

It didn’t take me long to realize I loved working for the Army. When Phil was sent to Germany, I moved on to Army Material Command’s General Officer Headquarters in Heidelberg, where I worked for the Chief of Staff and Commanding General.

When we returned stateside, this time to Hunter Army Airfield, the Army was in the midst of a civilian hiring freeze and I found myself on leave without pay. We rented a place at Tybee Island and I was anticipating a great summer at the beach with the kids.

We were there a grand total of one week when I got the call to come to Hunter for an interview. I told the clerk on the other end of the line that I thought there was a hiring freeze on.

“There is,” she said. “But not with this unit. They’re special.”

I soon came to find out how prophetic that was.

I arrived for my interview in a Savannah summertime rainstorm, soaked to the skin and more than a little nervous. I was used to working for generals, where proper decorum was expected. I was not at all prepared for what would greet me as I entered the headquarters building of 1st Battalion, 75th Ranger Regiment – a young man whose uniform I didn’t recognize, with what I could only describe as a “Bert and Ernie” haircut and a wad of chewing tobacco in his cheek the size of a golf ball.

I stood there, trying to get my bearings, not sure I wanted to go any farther. I could hear loud, colorful language up and down the hall. A quart jar filled with disgusting tobacco spit sat on the staff duty desk. Just as I was ready to walk out of there, CSM Dave Dalton popped out of an office and quickly ushered me into the Commanders office for my interview. Colonel Buck Kernan was behind the desk, flanked by four staff members. I introduced myself and the hourlong “take no prisoners” interview began.

Afterwards, I was escorted to the door and literally ran for the car, where Phil and the kids were waiting for me to head to Florida for a visit with his parents. I slumped down in the seat and said “Please, just get me out of here.”

Once on the way, I told him I’d never seen anyone like those guys and asked him if he knew who on earth they were.

He laughed and said “Yes. Those are the Rangers.”

“Park Rangers?” I asked. At that point, Phil was laughing so hard he had to pull over.

“No, honey.” He replied. “Those are United States Army Rangers – the most badass warriors in the world.”

When we arrived in St. Pete, my mother-in-law looked at me and said her phone had been ringing off the hook.

“The park rangers want you to come work for them,” she said.

I shook my head and said “No ma’am. Those are no park rangers. Those are the most badass warriors in the world.”

God was with me that day. For more than 30 years, I have been blessed not only with a job I dearly love, but with a forever family.

They cared for me at the death of my mother, my father and my husband. They held me up when I did not think I could take another step.

They encouraged me to work outside the scope of my duties, helping them and their families through the losses and heartbreak their jobs sometimes brought. They gave me the opportunity to build and maintain oversight of a most sacred spot – the 1/75 Memorial at Hunter Army Airfield.

That Memorial honors our Rangers killed in combat and training since 1974. Every time a name is added, the remembrance of how this group of amazing men helped me through my losses makes me work that much harder to help the survivors. 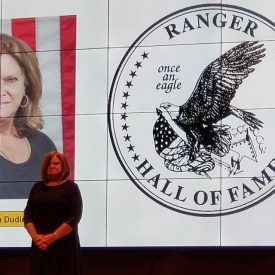 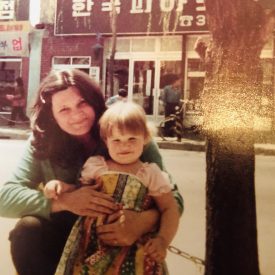 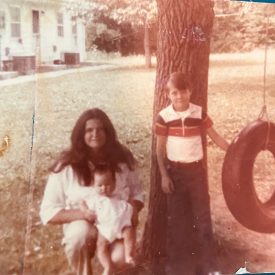 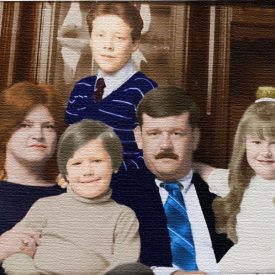 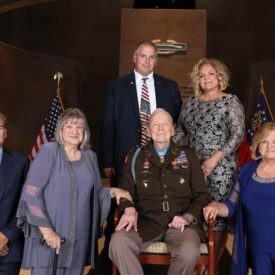