Vogeler was killed by enemy indirect fire during a heavy firefight while conducting combat operations in Helmand Province, Afghanistan.

A native of Fredrick, Md., he enlisted in the U.S. Army in May 2001. For nearly nine years he served as a mortar man in 1st Battalion, 75th Ranger Regiment. The battalions of the 75th Ranger Regiment have been continuously deployed to Afghanistan since October 2001.

“I wish the American people could truly understand the dedication and sacrifice that Lance Vogeler made for his country,” ,” said Col. Michael E. Kurilla, commander, 75th Ranger Regiment. “Since December 2001, Lance has either been in combat or training for combat. This was his 12th combat deployment. Lance was the quintessential Ranger; he is a hero to our Nation, the Army, and his family.”

Vogeler previously served on seven deployments to Afghanistan and four to Iraq.

“In an organization full of great men, Lance Vogeler stood out for his leadership, dedication and all of his talents,” said Lt. Col. Michael Foster, commander of 1st Battalion, 75th Ranger Regiment. “He has done so much for his Nation over the past nine years of combat action it is hard to put it into words. His loss will be felt across the whole Battalion and our thoughts and prayers go out to his family.”

He was posthumously awarded the Purple Heart, the Bronze Star Medal and the Meritorious Service Medal. 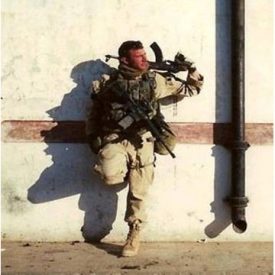